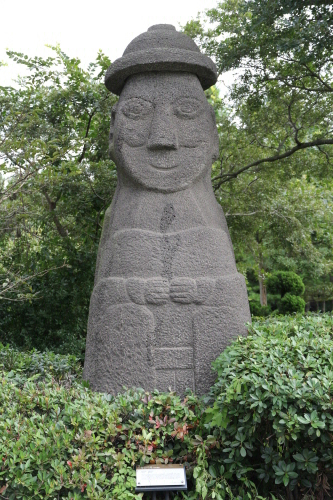 This is a replica of Dongjabok and Seojabeok which used to stand on the east and west sides of Jeju Castle’s outer wall. Mireuk, or Maitreya, is a bodhisattva who is said will appear on Earth in the future. It was the most popular object of worship among people, who believed wishing upon the Mireuk would give them a better future in the present life, more income from fishing or farming, better health or even sons for their descendants. The fact that it is a basalt statue of Buddha in Jeju gives a glimpse of traditional Korean Buddhism and the aesthetic value of the past.