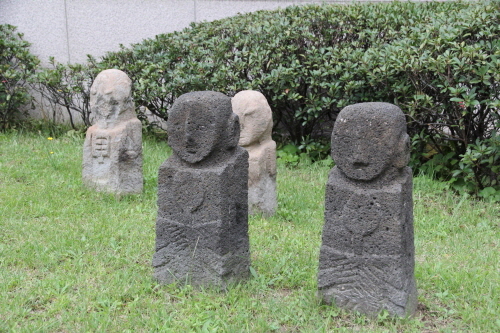 Dongjaseok is a form of stone statue for a tomb, that takes on a shape of a young boy. Generally, a pair of Dongjaseok stands facing each other in front of the tombstone inside of the Sandam, the stone wall surrounding a grave mound. People used to believe that the Dongjaseok would guard the tomb and cater to the owner of the tomb. The Dongjaseok may depict a variety of different catering motions such as holding food that the deceased used to like; holding a brush, mirror, spear, or other regalia; or pouring a drink into a goblet.