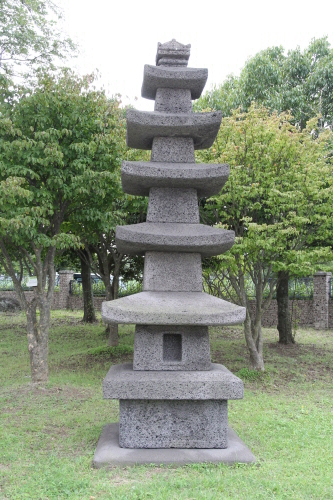 This is a replica of the 5-story stone tower (Treasure No. 1187) built in the Goryeo Dynasty in Wondangsaji (currently Bultapsa) which was a temple during that era. The legend of the stone tower states that the Queen Ki, who became the queen after being taken to the kingdom of Won as part of contributions, built this tower wishing for a male heir. As the only stone tower remaining on the island of Jeju, it illustrates the simple and plain aesthetics of the old dynasty.